Rupture of Cerebral Aneurysms (CA) and the resulting subarachnoid hemorrhage is a devastating condition with mortality and morbidity as high as 65%.  While flow diversion stents are increasingly being used for treating cerebral aneurysm, it requires the use of dual antiplatelet ­­­­­therapy (DAPT) for a prolonged period of time.  The most common form of DAPT is aspirin (acetyl salicylic acid; ASA) with clopidogrel. However, DAPT presents its own complications, including increased bruising and internal bleeding.

The use of DAPT also limits the patient population suitable for endovascular treatments; for example, patients with recently ruptured CA cannot take DAPT. Another limitation is that clopidogrel metabolism requires the biotransformation of cytochrome P450 (CYP450), and its pharmacological effect is affected by the CYP2C19 genotype. Importantly, approximately 28.5% of the general population carries a CYP2C19 polymorphism, and patients with at least one of these polymorphisms who are treated with clopidogrel have an increased risk of major adverse cardiovascular events, in particular stent thrombosis. 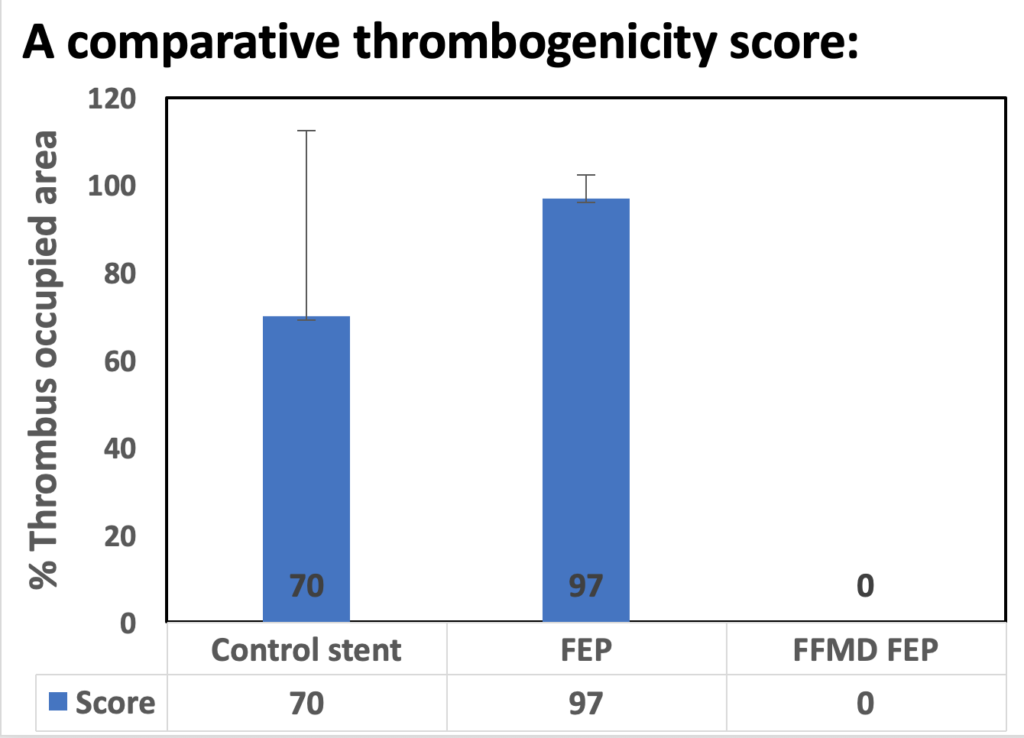 FreeFlow coated stent has slippery omniphobic surface which do not activate coagulation cascades triggered by contact pathways which involve the activation of coagulation factors XI and XII.  In collaboration with Monica Hinds lab the merit of our slippery omniphobic stent to eliminate DAPT will be evaluated in a previously standardized primate model.